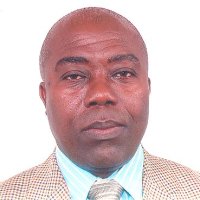 Dimonekene has been working in the IT and Codification industry since 1978, learning more than 20 programming languages and honing education and training skills along the way. He has been a consultant at the National Commission of Information Technologies (Comissão Naciional de Tecnologias de Informação - CNTI) since 2002, where he acted as Executive Coordinator from 2002 to 2006. He has performed various consulting activities, leading different initiatives of ICT massification and dissemination, including:

- Internet massification projects through the delivery of computers, routers and VSAT to schools and provincial governments;
- SchoolNet Angola in cooperation with SchoolNet Africa for the creation of a local center;
- Cooperation with Multichoice (DSTV), encouraging high school teachers to leverage TV to support the educational process;
- Cooperation with ComputerAid, recycling computers to be delivered to various public and private organizations (churches, public utility nonprofits).

Throughout his career, Dimonekene has also supported startups and participated in several movements to support entrepreneurship. At ECOSYSTEO, he developed activities to leverage Raspberry PI (python & Scratch) as a powerful and playful way to spark the interest of children in ICT. In 2012, he went to the Silicon Valley to collect best-practices from the various Innovation and Entrepreneurship programs there. Dimonekene graduated in Information Technology and holds a M.Sc in Strategic Management and Innovation.